50% of the time you spend worrying about work and career is wasted. It’s just hard to know which is which.

As we enter an era of hyper accelerated decision making and working remotely, the demands on individuals to bring their total capacity to their work, including their heart, creativity, inspiration and non rational intellect, while dealing with distractions, means we need this new understanding of high performance in the workplace (home and office) – This requires the introduction of “Total Human Awareness.” This is what Chris created through study in human nature. He brings it to business, sports and performers looking for that balanced edge and fast track without the stress.

In the area of business, relationship and human spirituality, no one is better known and more respected than Christopher Walker. For more than 30 years, Chris has focused solely on helping leaders, families, communities and organisations reshape their personal lifestyle to embrace a more loving, peaceful and happy quality of life. His powerful messages of authenticity, appreciation, and nature have helped transform and create startling change in thousands of organisations, and millions of individuals worldwide.

With his natural Aussie style and tough love approach to real life enlightenment, Chris challenges people’s perception and captures your attention as well as your heart. With his love and connection to all that is natural, his provocative technique and masterful authority of his work, time and again he compels people, to think different, act different and be different. Nothing changes until something changes. He breaks the coaching mould, steps out as a real person and is often referred to as one of the most dynamic and controversial speakers of our time.

You may know Chris better from his corporate work. Challenging corporations and business people throughout the world to reconsider the human equation in business, to look more authentically at the whole individual, and for individuals to look more authentically at their work – life balance. “Love is cumulative” says Christopher Walker, “daily forgetfulness adds up to life long regret” Chris published “Innerwealth, putting the heart and soul back into work and life” as a part of his mission of bringing deeper and more holistic human awareness to the workplace.

But Chris’s background is not limited to the business world, his attraction as a change agent and keynote speaker comes from the diversity and seeing contradictions of his life. His credentials include a lifetime of turning challenges to success. Starting from an alcoholic and violent home he went on to self fund his own university education and start a successful entrepreneurial career. From the disaster of a marriage breakdown and disastrous journey through a divorce his ex wife and three children to a magnificent loving relationship with his soul mate. From street thug and car thief to a long time friend of spiritual monasteries high in the Nepal Himalayas. From bruised and broken football player to adept yogi.

Chris Walker is also a prolific writer which, for a “dyslexic moron,” as his high school teacher referred to him, is quite some surprise. He’s written over 20 books yet Chris acknowledges, he still hasn’t read his first one. Chris has also made a profound influence through his extensive work with indigenous people in Canada, during which time he had a gun pointed to his head, had his life threatened and was run out of town by some radical activists. He also credits this experience working with indigenous people in Canada, to one of the greatest transformations in his own life.

His new book, “Sacred Love, The honeymoon that lasts forever” will inspire those who are ready to change the way they perceive relationships. For those wanting the honeymoon to last, for those wanting to enjoy the fruits of their work rather than pay the price of their personal life. Chris says he’s fighting an  epidemic, “busy-ness” that is sweeping the world and killing relationships everywhere.

Chris Walker’s energy and love for his mission travels still further through mediums such as television, print, radio and newspaper interviews. His internet site offers help to those who are struggling to keep up in their relationships. DR Love, Chris’s online aias, offers advice to those who are looking for something different. “The honey-mood” says Chris Walker, “can last forever, you just have to know how”

Chris is the founder of Innerwealth Consulting. A leadership coaching program aimed to impart the principles of good, heart driven, balanced and conscious leadership to people throughout the world.

Chris is also known as a passionate environmentalist and humanitarian, working to help the people and children of Nepal live the life they deserve while preserving the sanctuary of this great Himalayan paradise.

Chris Walker’s global work is, as he is, understated yet committed. His contributions to Nepal in support of monasteries and under privileged children goes on, as it has, for over 20 years.

Chris coaches sports stars, athletes, CEO’s, Mothers with new babies, youth at risk, entrepreneurs, couples looking to repair a broken home. His compassion is not in making his achievements public, but in the individual happiness of his clients. Changing the world. One heart at a time.

When Chris is not speaking, coaching or writing, you’ll find him paddling his sea kayak around Sydney harbour, taking photographs out in nature or taking a few clients on a journey up into the high Himalayas.

Christopher John Walker believes in the power of love, he’s on a mission of reality, to share natures law, to teach the world that, love, contentment and happiness come, when we stop, which, according to Walker, is the only antidote to that global epidemic of Busy-Ness. Christopher John Walker is an inspired man, driven to create a global change, and for Chris, this begins at home.

Mechanical Engineer with Environmental Engineering Specialisation
(1978- 1984)
By the time Chris graduated with an Engineering degree he owned three thriving business’. He worked for a short three years with Huyck Australia travelling extensively throughout Asia designing and building paper making factories to use rice straw as a resource for paper. He bought a bankrupt engineering business after leaving that firm and built it into Australia’s #1 Environmental Air Pollution Control firm (LUHR FILTER) under licence to Heinrich Luhr Staubtechnic of Germany travelling extensively into Germany for training and technology transfer. With a manufacturing facility in Melbourne and offices throughout Australia Chris sold Luhr back to its parent company in 1984 as a thriving market leading business.

Management Consulting – Professional Speaking
(1984 – 2001)
After selling Luhr, Chris returned to the university of NSW – AGSM to complete a two year full time MBA. During this period he spent time working with the now BCG Consulting and by the time he finished his first year had started a consulting firm with a second tier accounting firm in Melbourne BGBW. The company thrived presenting over 60 World Competitive Manufacturing programs with Australian companies. He sold this company in 1988 as a thriving business and moved to New York to establish Innerwealth, a professional speaking, life coaching and culture change consultancy. Innerwealth, based in New York, worked with clients such as Federal Government of Canada agencies including indigenous communities, police RCMP, HRDC (human resource development Canada and PWGSC (public works). He also was lead speaker at many conferences such as World Convention on Corporate Consciousness in Mexico and agencies representing the White House.

Retreat Specialist – Professional Speaker – Corporate Training
(2001-2012)
The transformation of the world post 911, evolved Chris’ work to specialise in taking executives, entrepreneurs and community leaders into nature for recovery and personal development. Chris ran over 2,000 retreats in these years in exotic locations such as the Ritz Carton Bali, Camp-de-Base in Namchi Bazaar Nepal Himalayas, Uma Paro in Bhutan, Camp Eden In Australia and wilderness resorts in Canada and the US. His retreats were designed to allow participants to “wonder and explore” how they managed themselves and others. This included over 60 trips to the Himalayas creating life changing experiences for busy people.

Life and Business Coaching – Training
(2012- present)
After writing his 20th book on Innerwealth and Self-leadership Chris’ emphasis transitioned to scale the retreat environment and give more people, especially time poor individuals access to the opportunity to “wonder and explore” different and more productive management technologies. Moving to a primarily online environment and coaching individuals to coach and influence others expanded the reach of Innerwealth to over 1.5 million people world wide. Chris continues to evolve this online coaching and training facility where clients get unique coaching based on their unique circumstances. The mission has always been environmental, to connect people to their true nature, through an awareness of nature. We take pride in the feedback that, 1.5 million people on the planet have learnt the difference between ego, mass consciousness and the truth hidden in nature’s universal principles. 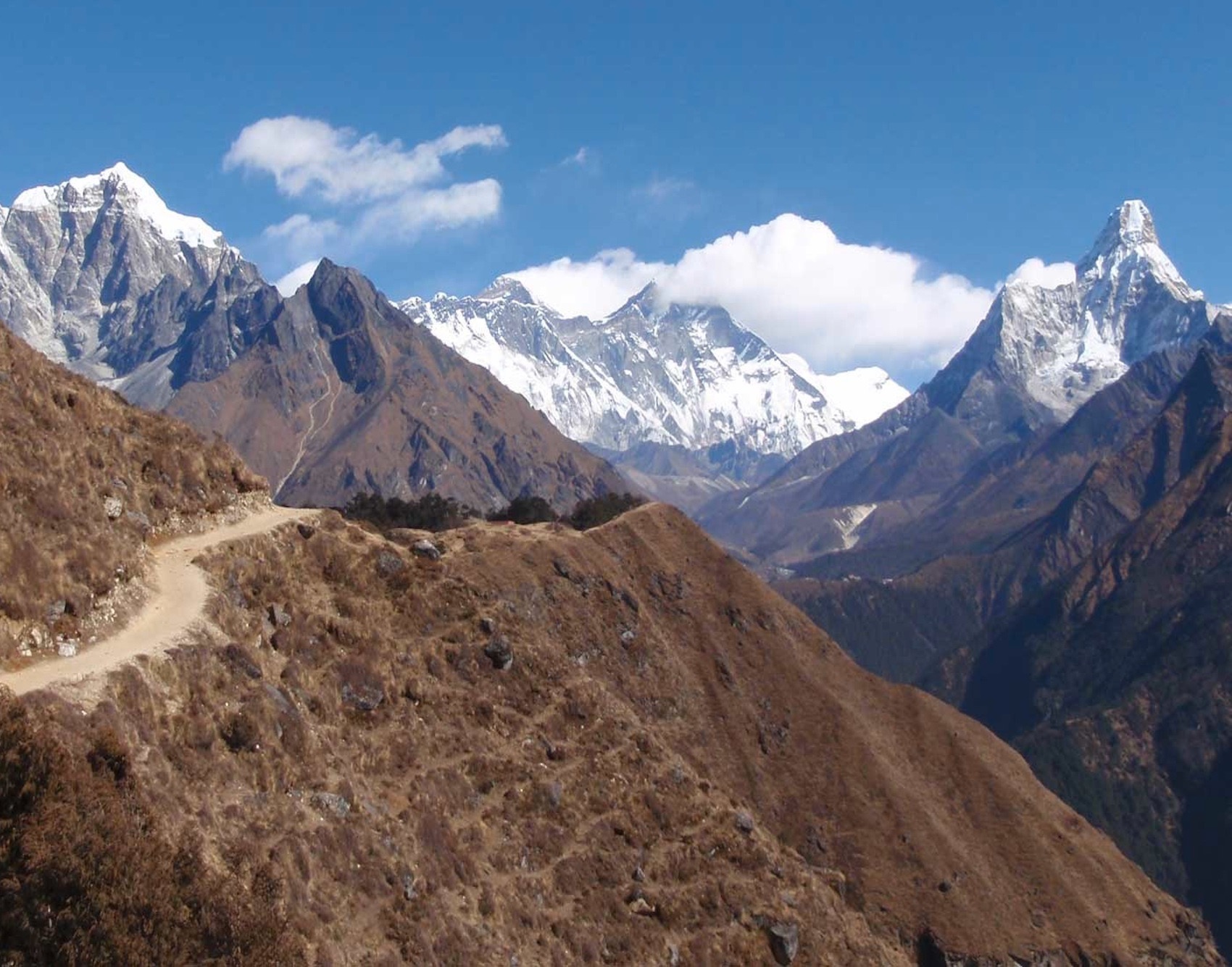